Creating a fabric banner to represent a group to the world is an ancient tradition, dating at least from the ‘vexilla’ carried at the front of the Roman legions and coming down to us through the Middle Ages in the heraldic banners of medieval knights (examples can be seen in the Bayeux Tapestry). The Ottawa Valley Guild of Stitchery is the owner of two modern examples of this proud institution.

One features upturned scissors and a thimble (suggesting Ottawa’s famous spring tulips) inside a triangular logo (signifying the Peace Tower). The logo is surrounded by flowers representing a variety of embroidery techniques – bargello, cutwork, cross-stitch, gold work, petit point, Brazilian, ribbon work, canvas work, crewel and bobbin lace - appliquéd on a black background. The design for the flower banner took as its central motif a winning logo by Claire Todd, chosen through a 1992 competition. Quilter Susan Woodhead designed and executed the banner with the help of many Guild members who contributed the embroidered flowers. Read the Making of our Banner by Claire Todd here.

House of Commons surrounded by the OVGS Tartan worked in ‘tartan point’ or ‘plaid point’. The design for the OVGS tartan was created by Shelia Wattie with help from Madelaine Basta and Ann Clark when they had the idea to devise an OVGS Tartan to take to Seminar in Truro, Nova Scotia.

Simply, tartan cloth is made by weaving coloured wool yarn in a pattern of horizontal and vertical bands. In North America, the tartan pattern on woven cloth is also called plaid but in Scotland a ‘plaid’ is the tartan patterned cloth that is thrown over one shoulder when wearing traditional highland dress. As explained by an anonymous contributor to Wikipedia,

“tartan is made with alternating bands of coloured (pre-dyed) threads woven as both warp and weft at right angles to each other. The weft is woven in a simple twill, two over - two under the warp, advancing one thread each pass. This forms visible diagonal lines where different colours cross, which give the appearance of new colours blended from the original ones. The resulting blocks of colour repeat vertically and horizontally in a distinctive pattern of squares and lines known as a ‘sett’.”

While needlepoint has a history going back thousands of years (examples were found in King Tutankhamen’s tomb), tartan is a relatively modern invention and ‘tartan point’ – the execution of tartan patterns on needlepoint canvas - is probably more modern still. As with all tartans, the OVGS ‘sett’ or pattern repeat starts at an edge and repeats or reverses on what are called pivot points. The OVGS pattern is as follows:

The OVGS design was worked in Paternayan Persian yarn on 13 count mono canvas.

Four or five sample ‘tartan points’ were created for Truro and one was chosen from those. Sheila Wattie explained that the colours of blue, black, white and gold were initially selected because they made an attractive combination but they have a symbolic meaning as well. The blue is for the three rivers of the Ottawa area - the Ottawa, the Rideau and the Gatineau. Black and gold are the Guild colours and white is for Canada’s winter snows. There is some similarity to the Nova Scotia and Canadian Air Force tartans which also feature significant amounts of blue but, generally, there are not a lot of tartans that have blue as a dominant colour. 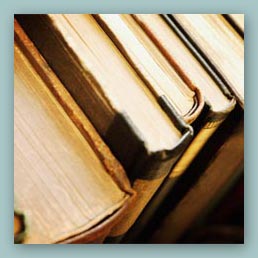 Designed by Web Design by Elaine (former site at http://elainetessier.com/).